Well, this took a while. YouTube has finally given Android users a “dark mode” option, four months after the same feature rolled out on iOS devices.

The setting to enable the dark mode, according to 9to5Google, can be found under Settings > General > Dark theme. 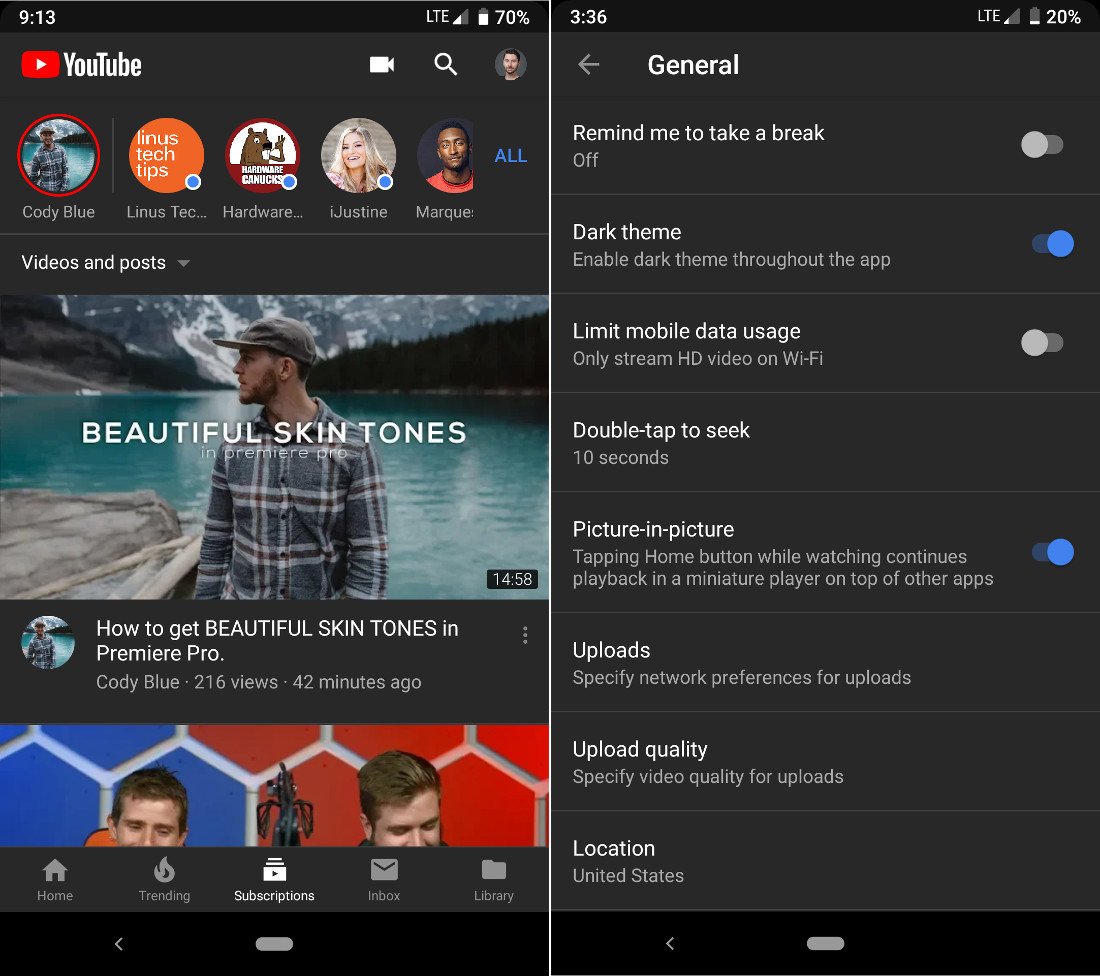 Note that not all users see the setting — I don’t have it on any of my Android devices. For reference, on iOS devices you can find it under Settings > Dark theme.

The dark theme will thoroughly darken your YouTube, which in my opinion is far easier on the eyes than making the background a pure black.

So what’s the big deal? Well, a darker interface can be more pleasant to the eyes, especially if you’re in a dark room. And it just plain looks cooler.

We’ve asked YouTube whether this is a permanent change that’s rolling out to all users or just some sort of test, and will update this article when we hear from them.

Huawei has finally launched its own operating system: Named HarmonyOS

Tec Ground - August 10, 2019 - 11:21 AM
3
Huawei has finally launched its own operating system and as the rumors suggested, the OS has been officially named HongmengOS or HarmonyOS in English. How...

Firefox is getting smarter about using your computer’s memory for a...

Oculus Go launches in 23 countries with a starting price at...