It’s high speculation season for the upcoming OnePlus 7T, what we expect will be the company’s first globally-available 5G phone. And, just as with a lot of other phones at this stage, photorealistic renders and 3D models have been commissioned from Steve Hemmerstoffer of @OnLeaks by Indian publication Pricebaba.

@OnLeaks has a pretty good track record with his reproductions — typically made with the help of sourced schematics, dimensions and the like — and we don’t have much reason here to doubt the pictures we see here.

Dimensions are said to be 161.2 x 74.5 x 8.3mm, similar to the OnePlus 7 Pro. Just as much the same, the glass blacking features a slight arc across its width and tapering towards all of the edges. The display, with a waterdrop notch for a selfie camera, is said to span about 6.5″ with a margin of error for the rounded corners. 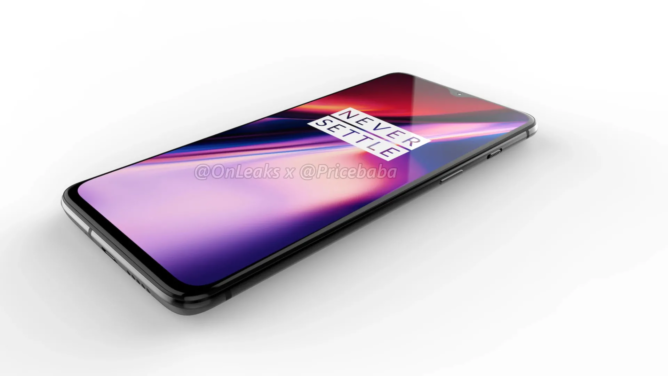 OnePlus has kept the SIM tray on the bottom side to accompany a loudspeaker and a USB-C port. The right side features the company’s signature alert slider and a power button while stage left brings a volume rocker. With no sign of a capacitive fingerprint sensor, it’s pretty safe to presume that the 7T will carry on from the 7 Pro with another scanner embedded beneath the display. 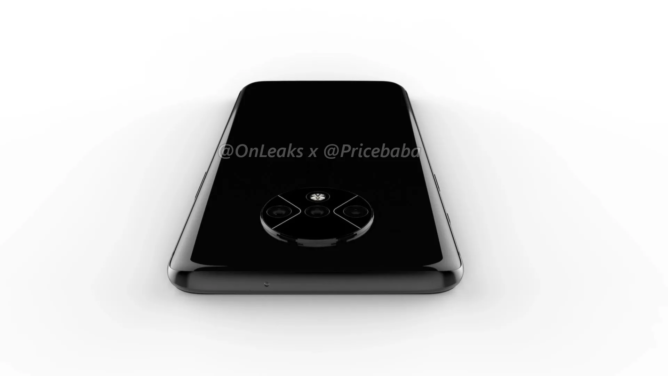 Time to deal with the most puzzling design choice featured in this design: the three cameras on the back, up from two in previous generations. Three of them have been arranged horizontally on a circular plate about 1mm above the body of the phone with an LED flash set below the center lens. Etched lines turned at right angles delineate the flanking sensors from the middle one. It looks like a draft version of a late-model Motorola phone.

Of course, the same can be said about this design as a whole: we have many weeks to go — we’ve yet to come across our first meaningful spec leak, even! — before we see any details cemented with the next OnePlus phone(s). That said, I’m not gonna stop you (or my colleagues) from complaining about… whatever we’ve just seen above. 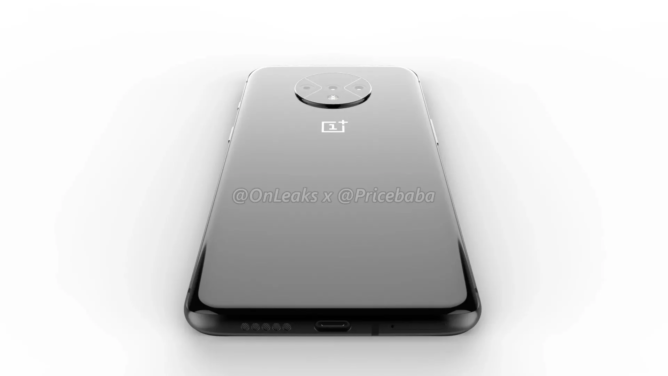 Samsung is going to announce the Galaxy Note 9 on August...