Sony seems to have sensed this gap in the market with the launch of its WF-SP700N Sports Earphones. As you’d expect from Sony, these earphones are built to a high standard and offer compatibility with iOS as well as the promise of extra bass performance and, most importantly, noise-canceling technology for use in noisy environments like airplanes, trains or gyms.

The WF-S700N earphones are supplied in a charging case with a swiveling lid. I’m not entirely convinced hat the case will prove to be as sturdy as Apple’s AirPod case, but so far it’s stood up to use quite well but I’d like to see what it would be like after six months’ hard use.

Sitting in the charging box are two oval earphones finished in black with silver accents. The earphones sit snugly in their cradle and can be fitted with a range of silicone ear tips along with arc supports that help to keep the earphones in the ear with a fit that’s tight enough to keep a good bass response. A single charge of the earphones offers up to three hours of real-world listening before they have to be popped back into the box for a top-up charge. The case has a battery on board that can hold up to three charges before it needs recharging itself.

Although you can use the Sony WF-S700N without downloading the apps that Sony has thoughtfully produced, it’s a really good idea to download both the Sony headphone app and the Sony Music Centre app that provides a really stylish alternative to Apple’s own Music app. 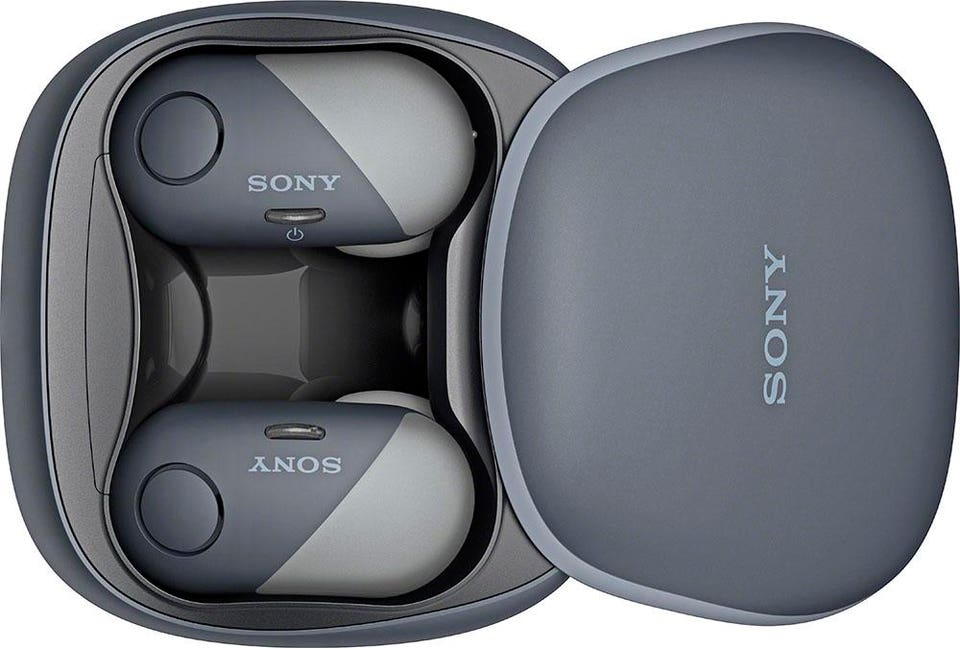 The charging case for the Sony WF-S700N provides three separate power top-ups for the earphones.SONY

The Headphones app shows when the earphones are connected and displays which codec being used – AAC or SBC. I really appreciated that little feature as it’s so hard to tell which codec an iPhone is using except by using your ears, and that isn’t always clear.

You can use the app to select whether you want noise canceling invoked to block out unwanted sounds or ambient sound mode. Personally, I didn’t find the noise-canceling as effective as the full-fat type you find on headphones like the Bose QC35 but it’s better than nothing. There are also two ambient sound modes, one is a low level that means you’re aware of general noises, while the higher level means you can hear your music and still hear what someone is saying to you. I prefer to call that the ‘eavesdropping’ mode.

The app is also used for selecting up to 10 equalization modes ranging from Relaxed to Bright and Vocal. You can’t set your own equalization setting but there’s bough to be one of the presets that works fine. Additionally, there’s another setting called Bass Boost, which is a bit like a loudness button. It certainly works and delivers a really growly bass that I enjoyed, particularly with jazz tracks. You can turn the Bass Boost off if you want to and the same goes for the equalization setting.

Controls for the music are available from within the app, as is a volume control. The earphones are also compatible with Google’s Voice Assist and Apple’s Siri. Finally, the app lets you choose whether you want to give priority to audio quality or signal stability. There’s also an accompanying app from Sony that works as a very acceptable method of playing music tracks stored on your smartphone. The app is also compatible with Deezer, Apple Music, and TuneIn Radio. It’s happy playing Hi-Res music including DSD files. I really liked the Music Centre and it’s well worth exploring. 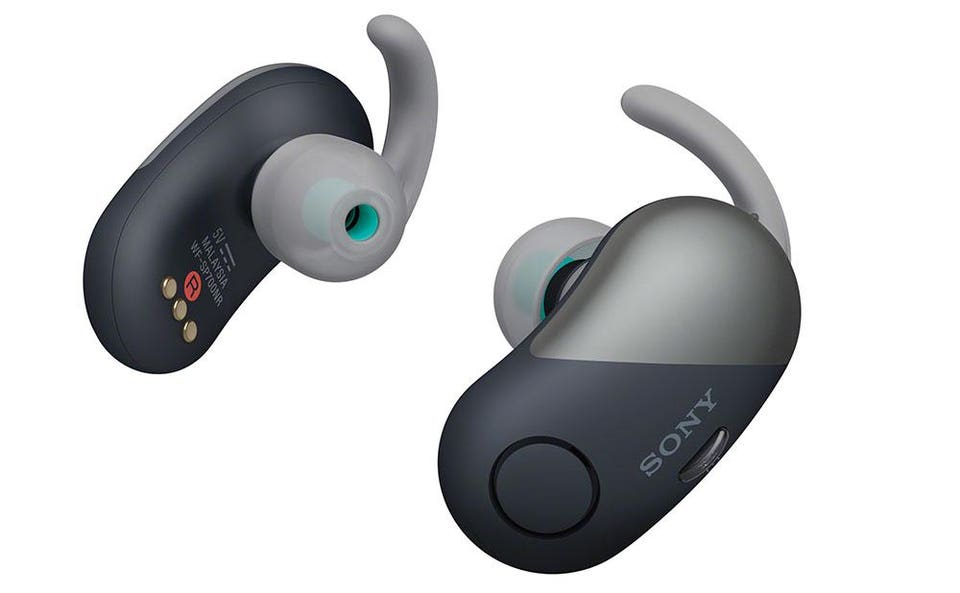 The first thing you notice about the Sony WF-S700N is the clarity of the signal. There’s no background hiss or electronic chirrup from the Bluetooth chipset. The sound from these earphones is really satisfying. There are bags of bass if you want it or you can cut to a direct signal if that’s what you want. The treble is silky and smooth and in no way fatiguing. It’s important to select the correct size of ear tip both for keeping the earphones in your ears and for creating a proper seal to deliver a decent bass response.

When it comes to codecs, these earphones deliver AAC for high-quality signals, a codec that’s supported by iOS and Android, and SBC for everything else. There’s no support for any of the apt-X codecs but that’s not an issue if you have the latest Android update.

Other features include a button on each earphone to turn them on and off. The button on the left side works as a shortcut for ambient sound, noise canceling and Quick Sound settings to invoke your favorite equalizer setting. The button on the right earpiece works as a pause button and a next track button when pressed twice in quick succession. It’s also used to take hands-free phone calls. The calls are pretty clear thanks to some fairly advanced microphone circuitry. There’s no volume control on the earpieces themselves which is something of a relief. I get irritated by the earphones that have volume buttons that either increase the volume or mute the music every time you adjust the fit of the earpieces.

Finally, these earphones are water resistant to IPX4, which makes them fine for heavy perspiration in the gym or light drizzle when jogging.

Verdict: Sony’s WF-S700N have nearly everything you would want from a pair of wireless sports earphones. There’s a choice of AAC and SBC codecs, noise cancellation, ambient noise mode and compatibility with voice assistants on Android and iOS. The sound quality is superb and the signal is robust. I particularly like the two free apps that Sony has developed for its wireless headphones. The only slight disappointment for me was the slightly weak noise-canceling mode; it does work but struggles to block out all noises. As a competitor to Apple’s AirPods, the Sony WF-S700N is well worth considering and compares well on price.

Google Drive is about to be used by 1 billion people...

Tec Ground - May 19, 2019 - 8:19 PM
0
WhatsApp has rolled out multiple new interesting features as a part of its WhatsApp Beta update for Android and WhatsApp business beta update for...