Oh, and the company officially killed iTunes. Here’s everything Tim Cook and friends revealed at WWDC.

iPhone users can expect better maps and camera features in the latest iOS. Even logging into apps will improve with Apple-based sign-ins (which should make it a lot easier to delete Facebook).

Face ID is supposed to respond more quickly, and dark mode will finally be available for all native Apple apps including Notes, Music, and Mail. (The feature can be built into third-party apps as well.) You can set dark mode to turn on at a certain time, or just keep it on constantly.

Photos on iPhone is now smarter with machine learning grouping similar photos and removing duplicates. It also features new photo editing tools, and lets you edit video in the app.

Maps look a lot better with more details for drivers and pedestrians. And there is a features that looks a lot like Street View in Google Maps.

There were also changes to Memoji, the personalized cartoon avatars you can send in Messages and other apps. New hairstyles, makeup, and accessories (including AirPods!) will be available. 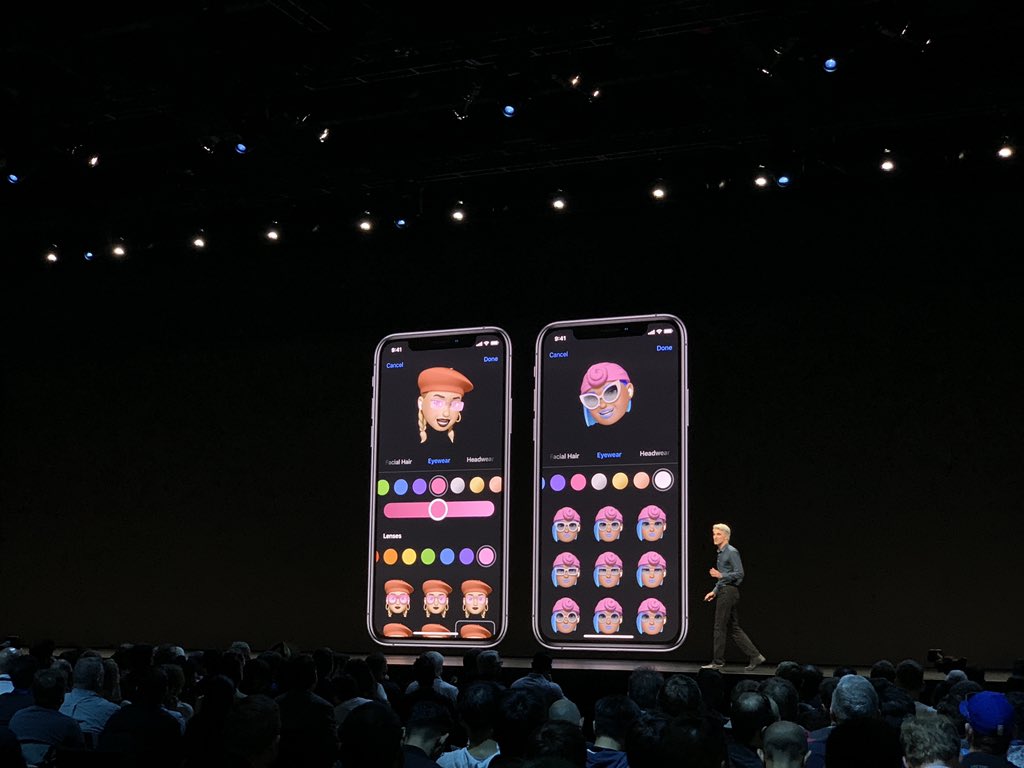 Lol AirPods for Memoji is so Apple #wwdc

Apple also quietly introduced a swipeable keyboard, called “QuickPath,” for one-hand typing, or swiping. In the car, Apple’s CarPlay infotainment system will have a new look. 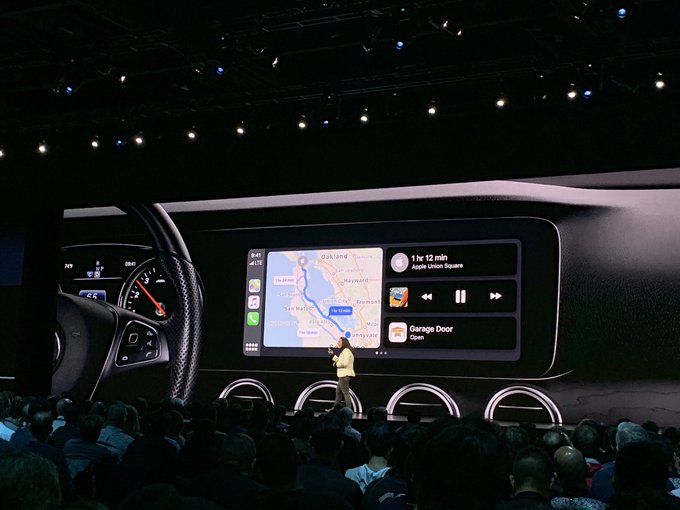 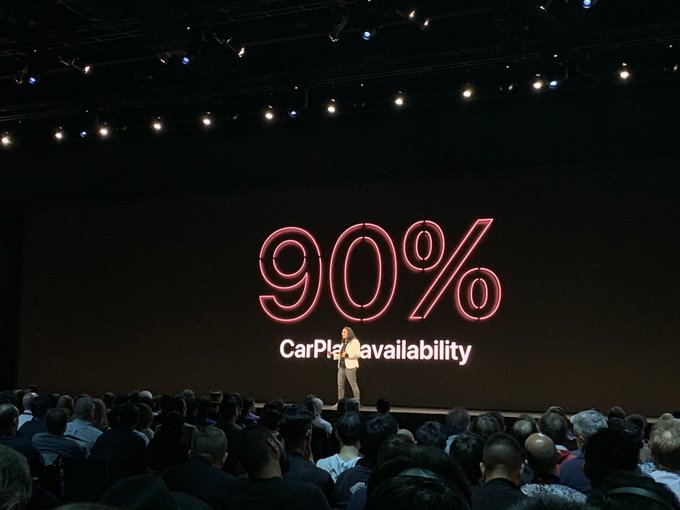 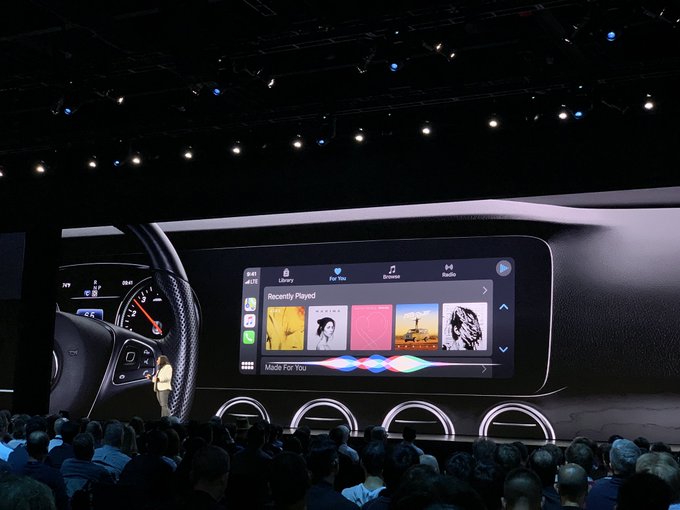 Before iPad updates were part of iOS, but now it has its own standalone system: iPadOS. Users can now plug in a thumb drive, multi-task with multiple windows, and undo with a three-finger swipe instead of shaking the iPad. Swipeable typing is also available on iPad and now the keyboard floats on the screen. 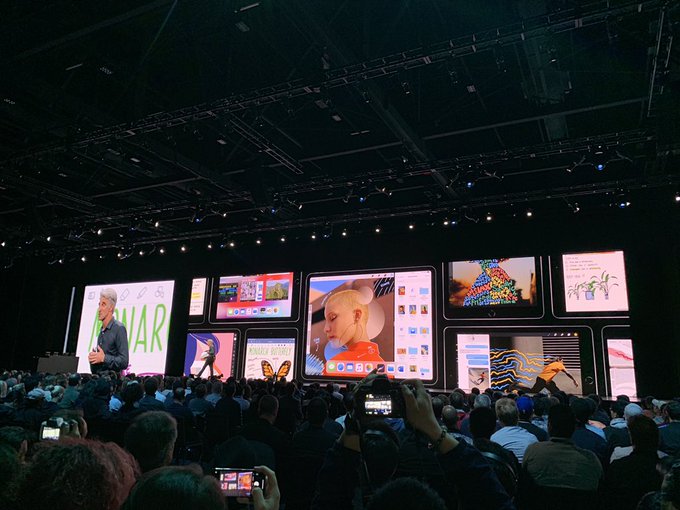 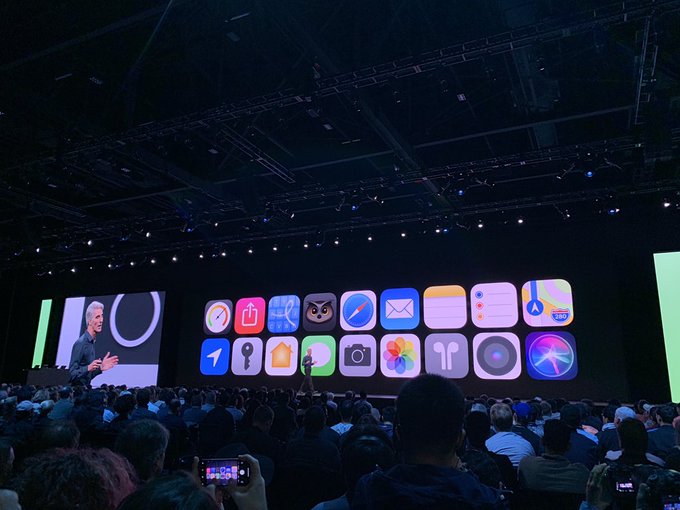 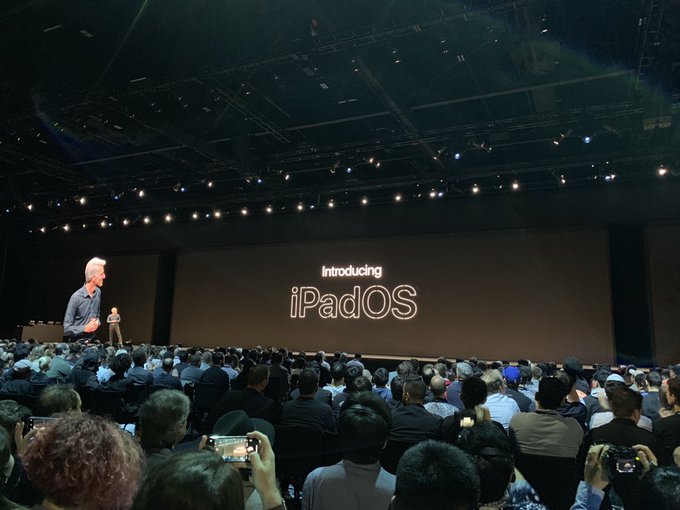 Are you ready for macOS 10.15? Because it’s here and named Catalina, like the island off the coast of California. For the system running on MacBooks and other Apple laptops and desktop computers, the biggest change is the end of iTunes. In its place are apps you’ll recognize from iOS: Music, TV, and Podcasts.

Also, developers can more easily turn their iPad apps into native Mac apps, which should increase the options in the Mac App Store. And you can now use your iPad as a second screen for your Mac. Another new app? The Find My app, which combines the separate Find My iPhone and Find My Friends apps.

Three cheers for the tip calculator coming to the Apple Watch! There’s also menstrual tracking, decibel monitoring for noisy places, and a new App Store for the watch.

The Apple TV will have a new home screen, multi-user log-ins like on Netflix and Hulu, and work with Xbox and PlayStation controllers. New screen savers brought in a lot of oohs and ahhs.

We got a preview of For All Mankind, one of Apple’s original series available through its upcoming streaming service, Apple TV+. 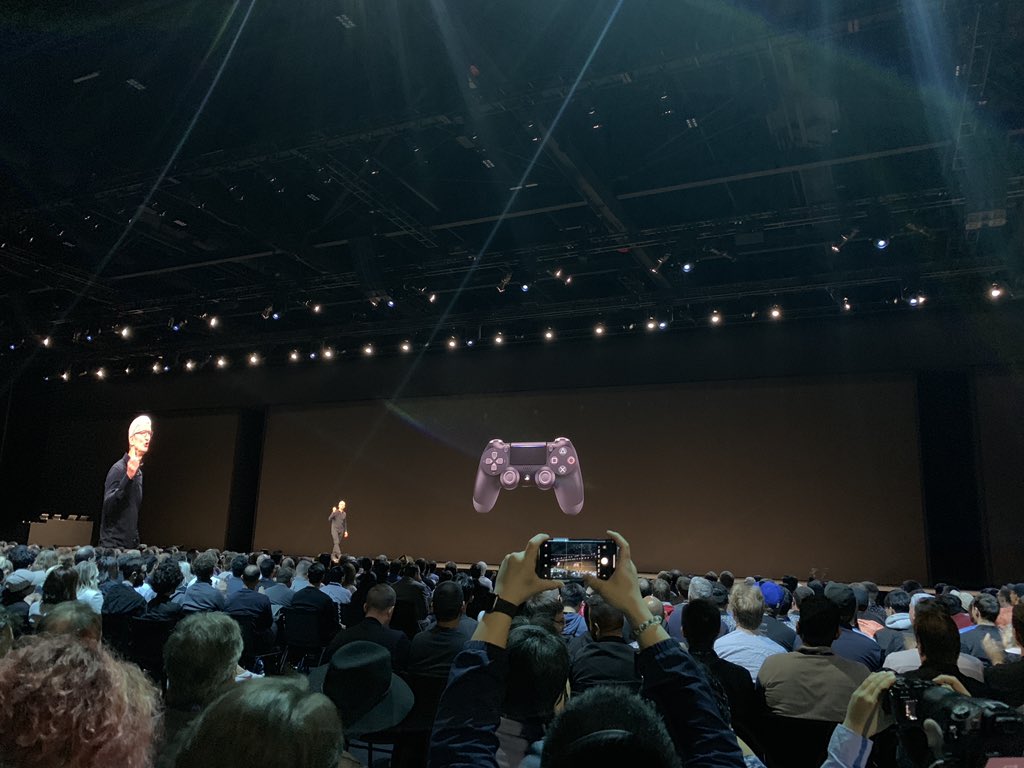 tvOS games will work with Xbox one and PS4 controllers #wwdc

Apple’s powerful desktop computer got a big redesign. It no longer looks like a garbage can. Instead, it’s a giant aluminum box with wheels and handles. The Mac Pro is pricey at $5,999, plus $4,999 for an XDR display and $999 for a monitor stand. But it packs a punch.

With 1.5 terabytes of RAM and a 1.4 kW power supply it can take on a heavy load, and it’s supposed to run as quietly as the iMac Pro.

The monitor is 32 inches with what Apple calls Retina 6K resolution and anti-reflection coating. The expensive stand lets you rotate the screen to portrait mode.

Developers have access to a beta version of all the software systems starting today, while a public beta will be released in July. Everyone else will have to wait until an unspecified date this fall to switch on dark mode or buy an expensive cheese grater.

YouTube is releasing a tool for creators that checks to see...

Tec Ground - July 12, 2018 - 9:30 PM
0
YouTube will now notify some creators when their videos are stolen. Now, every time a video is uploaded to YouTube, the service will scan and...

Tec Ground - May 31, 2018 - 8:40 PM
2
With the dust settled from the controversy over Spotify's ban on promoting artists like R. Kelly, its CEO admitted they messed up the rollout. The...