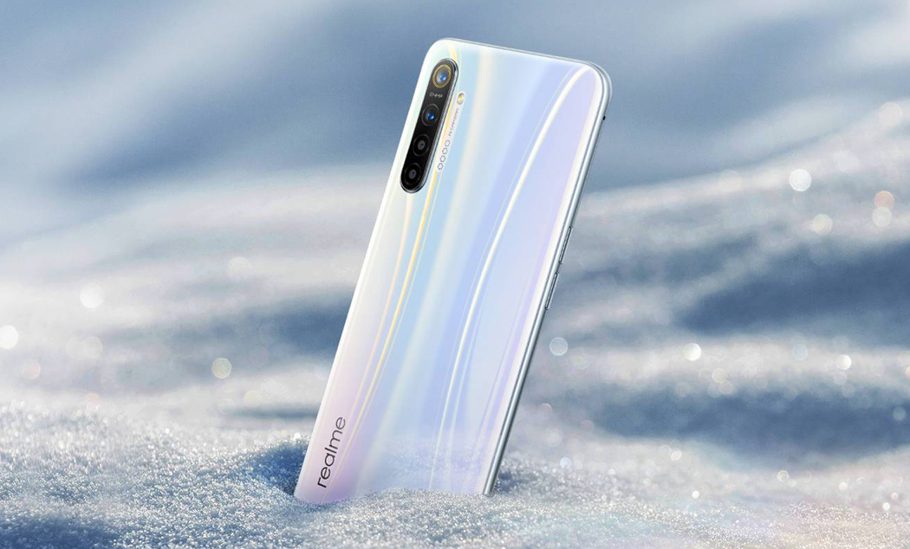 Realme 5 and Realme 5 Pro were both released on August 27 which featured a quad camera setup with 12MP and 48MP primary cameras respectively. The company has showed that a smartphone with a 64MP camera has been in the works for some time now and is expected to be released in late September. The smartphone is called Realme XT and is the successor to Realme X.

The phone has been confirmed by Xu Qi Chase, CMO at Realme, via a post on Weibothrough a teaser which offered a glimpse at the phone. The phone looks just like Realme 5 with the quad camera setup in a Snow White colour variant. The phone also does not feature a fingerprint sensor at the back as seen in the Realme 5 series. It is expected to have an OLED display that will sport an optical sensor under the screen, similar to its predecessor – the Realme X.

The 64MP camera is powered by Samsung’s ISOCELL Bright GW1 sensor which is part of the quand camera setup consisting of ultra-wide-angle shooter, macro lens and a depth sensor. The camera does not feature a telephoto lens as confirmed by Madhav Sheth.

The phone is expected to be released in India by September end but according to a cryptic post on Weibo by Realme, the device might release on 4th September in China.

Samsung is opening a massive AI research center in the UK

Smartphone maker HTC is laying off 22 percent of its entire...

Tec Ground - July 3, 2018 - 10:49 AM
1
Smartphone maker HTC is laying off 22 percent of its entire workforce. The company has seen a string of terrible quarterly results as the business...