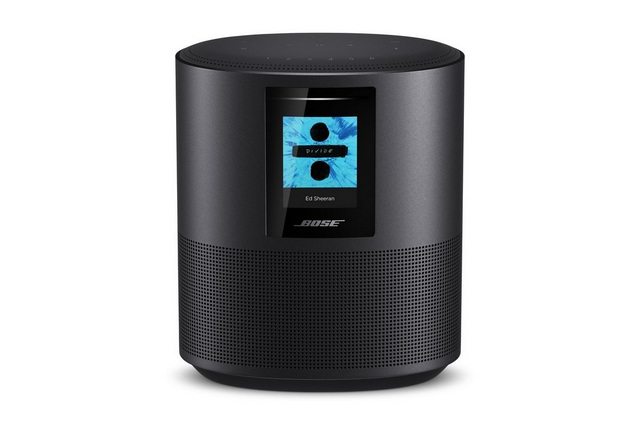 Bose has  launched the Home Speaker 500 smart speaker in India along with two new soundbars – the Soundbar 700 and Soundbar 500. All the three new audio devices feature Amazon Alexa integration and Bose says that other voice assistants will be integrated later.

Featuring Wi-Fi and Bluetooth connectivity, all the three new audio devices are powered by Bose’s proprietary mic technology. The company claims that its technology will help the devices to better listen to voice commands even at louder listening levels. Bose claims that its new audio devices can hear you the first time, regardless of whether it is quiet, noisy or your music is playing loudly.

The Bose Home Speaker 500 uses two custom drivers mounted in opposite directions and has a anodized aluminum design. On the other hand, the Soundbar 700 and 500 use the firm’s proprietary ADAPTiQ technology to acoustically adjust to their surroundings, and HDMI Audio Return Channel (ARC) for compatibility with future technology. They can also be wall-mounted or expanded with a wireless bass module and rear speakers for a full 5.1 experience.

Bose says that all the three audio devices have Alexa integrated, with other assistants to be added soon. It also says that support for Apple AirPlay 2 for streaming from Apple devices will be added in early 2019. Thanks to the Alexa integration, users can access tons of skills, millions of songs, look up information and even manage their smart homes.

The Bose Home Speaker 500 has been priced at Rs. 39,000, the Soundbar 700 at Rs 79,000 and the Soundbar 500 at Rs 59,000. All the three devices will be available for purchase starting today in Bose stores, resellers like Croma, Reliance Digital, eZone, Lotus, Lulu and Vijay Sales, in addition to Flipkart and Amazon India.

Commenting on the launch, Doug Cunningham, category manager in the Bose Consumer Electronics Division, said, “Voice-controlled speakers aren’t new, and there are plenty of great options to choose from. But we had a different vision for ours, inspired by what we could uniquely do to make the experience better. All of our new smart speakers double up on functionality.”

“It takes just one Home Speaker 500 to deliver true stereo separation — there’s no need to pair two. Our Soundbar 700 and 500 are thin and discreet with jaw-dropping surround sound — whether you’re streaming Spotify, or watching a movie. They combine Bluetooth and Wi-Fi for unbeatable ease of use, can be mixed and matched to play in sync or separately, and with new Alexa functionality and more VPAs on the way, they’ll only get better over time,”Cunningham added.

Tec Ground - May 29, 2018 - 3:40 PM
0
Microsoft just launched Miami Street, a free-to-play racing game for Windows10 that’s designed to get you tearing up the track without any prior experience....

The Razer Naga, a mouse designed specifically for MOBA games like...

Tec Ground - June 27, 2018 - 11:50 AM
0
Peru’s Thunder Predator Dota 2 team has been ignominiously dismissed from the qualifiers for Valve’s The International 8 tournament later this summer, which is...

Tec Ground - September 6, 2018 - 8:57 PM
0
Facebook is opening its first data center in Asia. The company announced today that it is planning an 11-story building in Singapore that will...

Google’s annual Thanksgiving report tells you how traffic changes on...