As Apple gears up for its developer keynote conference tomorrow, one of its bigger announcements is likely to be new changes coming to its augmented reality platform. Since announcing ARKit last year, the tech giant has hardly been sheepish about its belief in AR’s potential.

Behind a lot of that talk is belief in the tech’s utility down the road, but until Apple is ready to experimenting with AR tech in core iOS features, all of the chatter around AR having plenty of utility today feels a bit half-hearted. I’ll be very interested to see if the company announces any AR integrations in iOS 12 tomorrow that add new utility or if Animojis are still about as far as they’re willing to go. 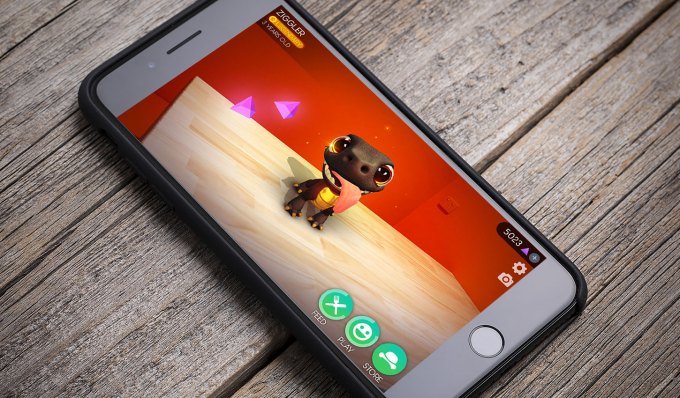 While nearly every major tech company spent 2017 opining about the potential of AR, there still doesn’t seem to be much that consumers can show for it. Google made a few interesting announcements surrounding the technology at its I/O conference last month, most fascinating was an AR walking mode being tested for Google Maps. Apple Maps is in desperate need of an upgrade and it makes sense for that to be the starting point for where its integrations begin.

AR is definitely one of Apple’s longer term investments, but it’s also one that may not see much payoff in the short term.

While Apple has been content to let many of their long-term bets iterate through awkward phases underground in the R&D labs, ARKit has been thrust onto hundreds of millions of devices while still in that odd, what-are-we-supposed-to-do-with-this stage. AR is more broadly one of those unique scenarios where everyone can imagine a potential end-case, it’s how it gets there that’s the head-scratcher and Apple seems to need developers to take on the risk of experimenting.

At Apple’s developer conference keynote tomorrow, the company seems poised to showcase new developments for its ARKit augmented reality platform. Chief on the list of expected upgrades (via Reuters) is a system of sharing coordinated point clouds between phones so that multiple users can run AR apps in a shared experience, aka AR multiplayer.

Where Apple will definitely highlight ARKit’s potential is in the gaming sector. Gaming has always been more-engaging with multi-player, but how that really looks with augmented reality is anyone’s guess. It’s been two years since Pokémon GO was released and for all of the attention that title received, it isn’t entirely clear how AR capabilities contributed to its success.

Games that integrate a multiplayer ARKit are going to have to make a lot of discoveries on their own. Playing games with friends in AR will gain a hyper-local edge but will lose much of the freedom offered by online gameplay in terms of connecting gamers seamlessly. There are countless other UX questions that will also still need to be experimented with.

Augmented reality is a truly exciting technology and Apple’s efforts to lead the pack in building developer support has built up a lot of initial enthusiasm from that crowd, but to keep that excitement Apple’s going to need to start proving out some of those use cases for users on their own and put its big bet deeper into users’ daily digital lives.

OnePlus TV Might Launch Soon In India: Here’s The Details

Tec Ground - June 25, 2019 - 2:04 PM
0
After making a major uproar in the market with the launch of its new smartphone series, OnePlus might soon announce the OnePlus TV soon...

Tec Ground - May 23, 2019 - 3:34 PM
0
Panic made its name through high-end Mac software, but more recently, the company moved into gaming, publishing indie hit Firewatch and the upcoming Untitled...