In a deep dive with TechCrunch, Apple detailed the lengths it’s gone to over the past few years to rebuild its maps app, which will make its (limited) public debut next week.

According to the report, the new app will be available to iOS 12 beta users in the San Francisco Bay Area next week and will expand to all of Northern California later this year. It’s not clear how long the full global rollout might take.

So what’s going to be different with the new Apple Maps? The short answer is just about everything. Because Apple has spent the last couple years gathering and parsing its own maps data — it’s no longer relying on data from third-party partners — the company now has much more detailed physical information about the world.

This will be evident in the look of the app itself — Apple Maps will now better reflect the actual geography in an area, for instance — but also in features like search and navigation. TechCrunch details the painstaking process Apple has gone through in order to, say, understand exactly where building entrances are in order for directions to be more accurate.

This was clearly a massive undertaking. By now, everyone is familiar with how horrifically badApple Maps was in the beginning. But though the company fixed the biggest issues a while ago, the company just didn’t have anywhere close to the level of detail of Google. (For a deep dive on this, check out Justin O’Beirne’s exhaustive comparison of the two from last year.) 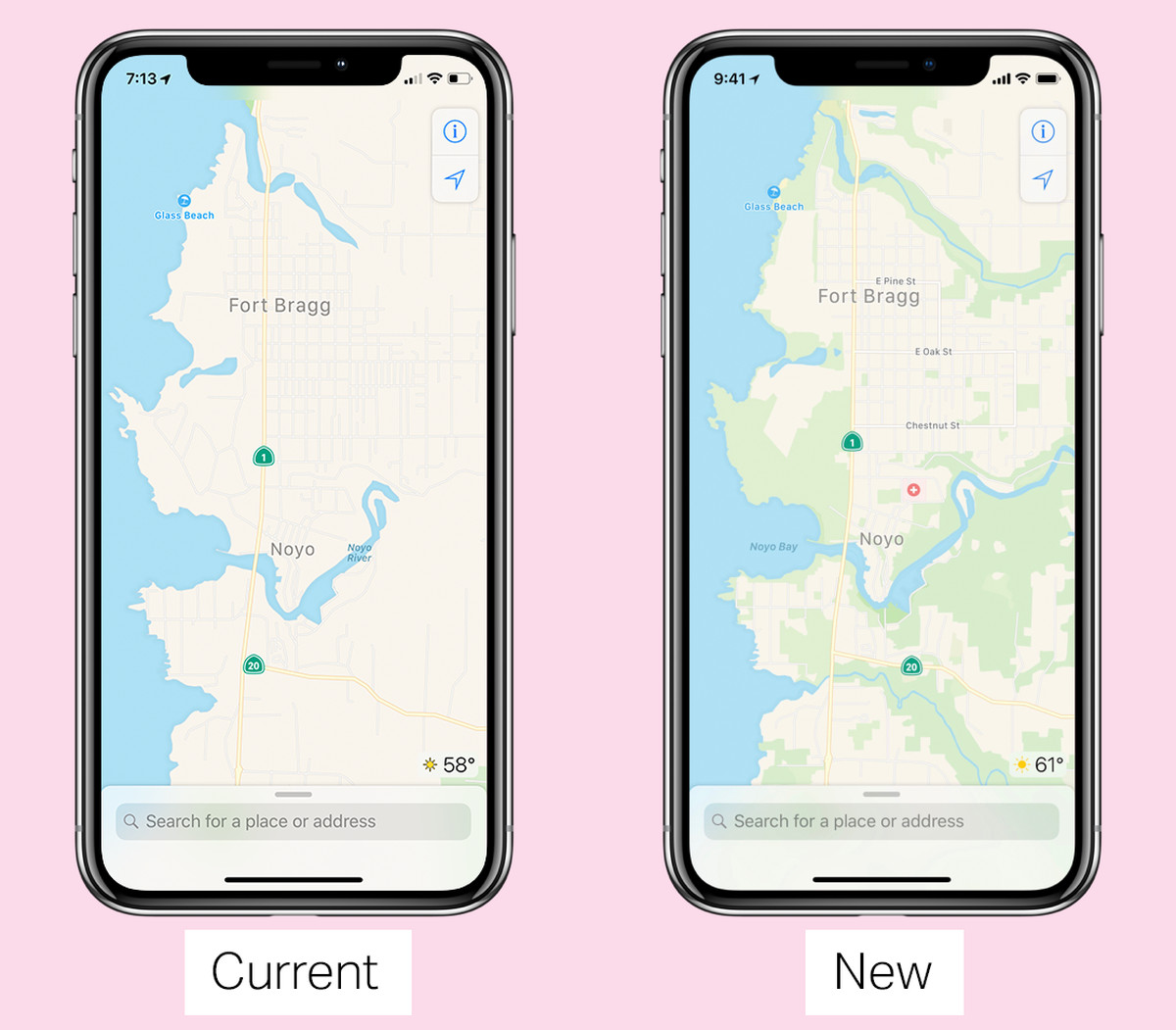 Besides pouring untold sums into redesigning its software, Apple is also putting its other biggest resource to work: the iPhone. In addition to relying on its mapping vans and satellite data, Apple is helping power its new maps with vast amounts of data gathered from users’ iPhones. Now, when you use Apple Maps on your phone, the company collects anonymized chunks of data about your route, which in turn helps Apple improve things like traffic data.

The Apple Maps overhaul has been a long time coming, TechCrunch reports it’s been in the works for years, and it should be a welcome change for iPhone users. For Apple, it also gives them the opportunity to make a mapping app that actually has a shot at being on the same level as Google Maps.

Now we just have to wait and see if the redesign actually lives up to the promise.

A wireless hub that can charge seven devices at a time...

Tec Ground - June 3, 2018 - 9:56 PM
0
Between your smartphone, Bluetooth speaker, external battery, and wireless headphones, you have a lot of things to charge. However, finding the time to power...

The Red Hydrogen One phone Review : It’s obvious this is...

Apple’s new Measure app is like an AR ruler for your...

Tec Ground - June 23, 2019 - 1:16 PM
0
Remember the Google Pixel Slate that was launched last year but faced backlash over software-related issues? Well, apparently, that was the end of tablets...